How Starbuck's Became Successful Without Advertising 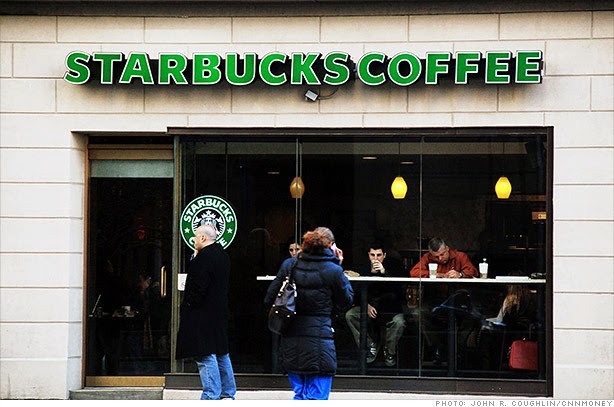 As a director of a small agency I get to meet with a lot of start-up companies looking to grow their business. One of the things I get a lot is how they want to grow and be successful without any advertising "just like Starbuck's". What blows my mind is that the people I meet are smart and capable, but they are under the assumption that "classic" advertising is no longer needed. They come to our studio with a product or idea seeking to grow. They are looking for the magic formula of getting customers without advertising or by relying on social media alone and hitting it big just like "Starbucks".
Starbuck's success combined with the rise of social media seems to feed the myth that entrepreneurs do not need marketing or advertising to succeed. With this in mind, I'd like to demystify the wonderful brand of Starbucks and the elements that made it successful without the need of investing in advertising:
1. Product Howard Schultz managed to transform coffee from a commodity to an upscale experience. He had the vision to create a "third place" for Americans between home and work. In this sense he was an innovator, he did not just sell premium coffee but he sold an experience. His offering completely changed the way Americans consumed coffee and made coffee experts out of his consumers.
2. Experiential BrandingThe first component was Starbucks "live coffee" mantra. The company prided in offering the highest-quality coffee in the world and they controlled as much of the supply chain as possible overseeing the bean growers, custom-roasting and distribution.The second component was service, or what they called "customer intimacy". This is where the barista called you by your name and custom-made your drink.The third brand component was atmosphere, with comfortable sitting areas that encouraged lounging and an upscale yet inviting environment where people wanted to linger.
3. Core ValuesThe company culture fostered excellence, joy, innovation, respect, teamwork, social profit and integrity. Schultz believed that employee satisfaction led to customer satisfaction. Employees, called "partners" received health insurance, and stock options at entry level. Partner satisfaction was at 80%-90% range making Starbuck's one of the best places to work according to Fortune Magazine.
4. First Mover's Advantage Immediately after buying Starbuck's, Schultz began opening new stores. He was aggressive in his growth and the company rapidly took over other small-scale coffee chains. Soon after he took the company public, through this move he had a first mover's advantage and quickly locked-in the best locations and distribution channels. By 2002 the company had well over 5,000 stores and opening an average of three new store a day.
5. Marketing and AdvertisingNorth American marketing primarily consisted of point-of-sale materials and local-store marketing and the investment was far less than the industry average. However, having stores located in prominent high-traffic locations doubled as a massive outdoor advertising campaign.

The success of Starbuck's has many components that are not so easy to replicate. The genius of Schultz was to have a vision and be aggressive in pursuing it. He had an idea that completely disrupted the market and he was wise to quickly lock-in distribution channels by investing the most money in getting the best locations for his stores. By displaying the beautiful logo and large iconic green and white signage in virtually every corner, he made sure to create brand recognition and recall. His strategy was simple, clean and smart. It is important to understand that there are many elements leading to Starbuck's success. The complexity of what made this brand successful without any advertising can't be oversimplified, and entrepreneurs looking to follow Schultz steps should carefully evaluate their strategy. In a competitive market the need for marketing and advertising should not be overlooked without deep analysis. What are your thoughts, do you think a company can make it by advertising through social media alone?

Email ThisBlogThis!Share to TwitterShare to FacebookShare to Pinterest
Labels: Strategy